Unyago is named after the drums they play and the style.  This style is all about ‘Rebels’ and things that women talk about to themselves – very suggestive songs but using innuendo, so all deniable if called out.  Traditionally, these were all songs that were part of wedding rituals and used to prepare the bride.  Songs about girls becoming women.  The singers come from the Wagindo people, who came from Malawi to Zanzibar, probably through the slave trade.  When the British stopped the slave trade they then stayed.   This band has a strong African influence.  The main leader, Amina Abdalla, studied and sang with Madam Bi Kidudi, a legendary singer in Unyago style (a chain-smoking rebel!).    She followed Siti Binti Saad as a major Taarab vocalist and  was considered queen of Taarab and Unyago music and died at 103 in 2013.    Amina Abdalla still performs in her house, which is called Raha Leo.   Folks go to see her there from all over.   The other members included:  Fatima Juma (dancer and singer), Raya Abdalla (drums), Fatima Hamza (drums) and Tatu Hamisi Amur (please note she was in all three groups).  The drums include:  the small squat drum (Fumi), a very tall drum (msondo) and medium drum (Kinghaga).    They played 8 songs, including: 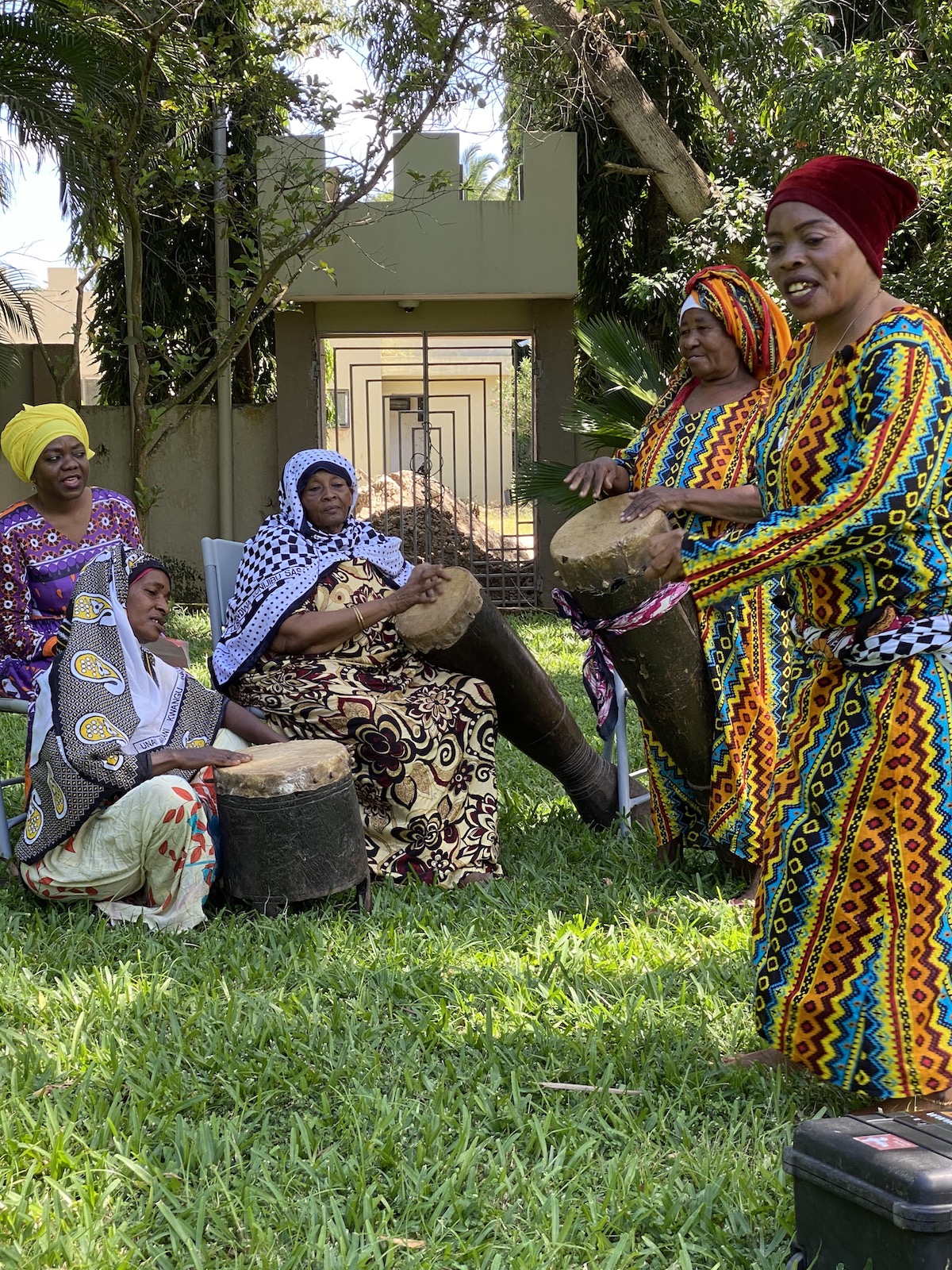