Kithara was formed by Rajab Suleiman. They have played together for 20 years and all live in the same neighborhood. They play for weddings and festivals. When we got to their village in Mpendae we had some difficulty finding a place in the shade that was quiet. There were airplanes and motorbikes going by occasionally. We managed to record one song but had to stop after that due to noise. We hope to have this group come to the hotel on our last recording day. We felt bad that they only were able to perform one song but they took it graciously. 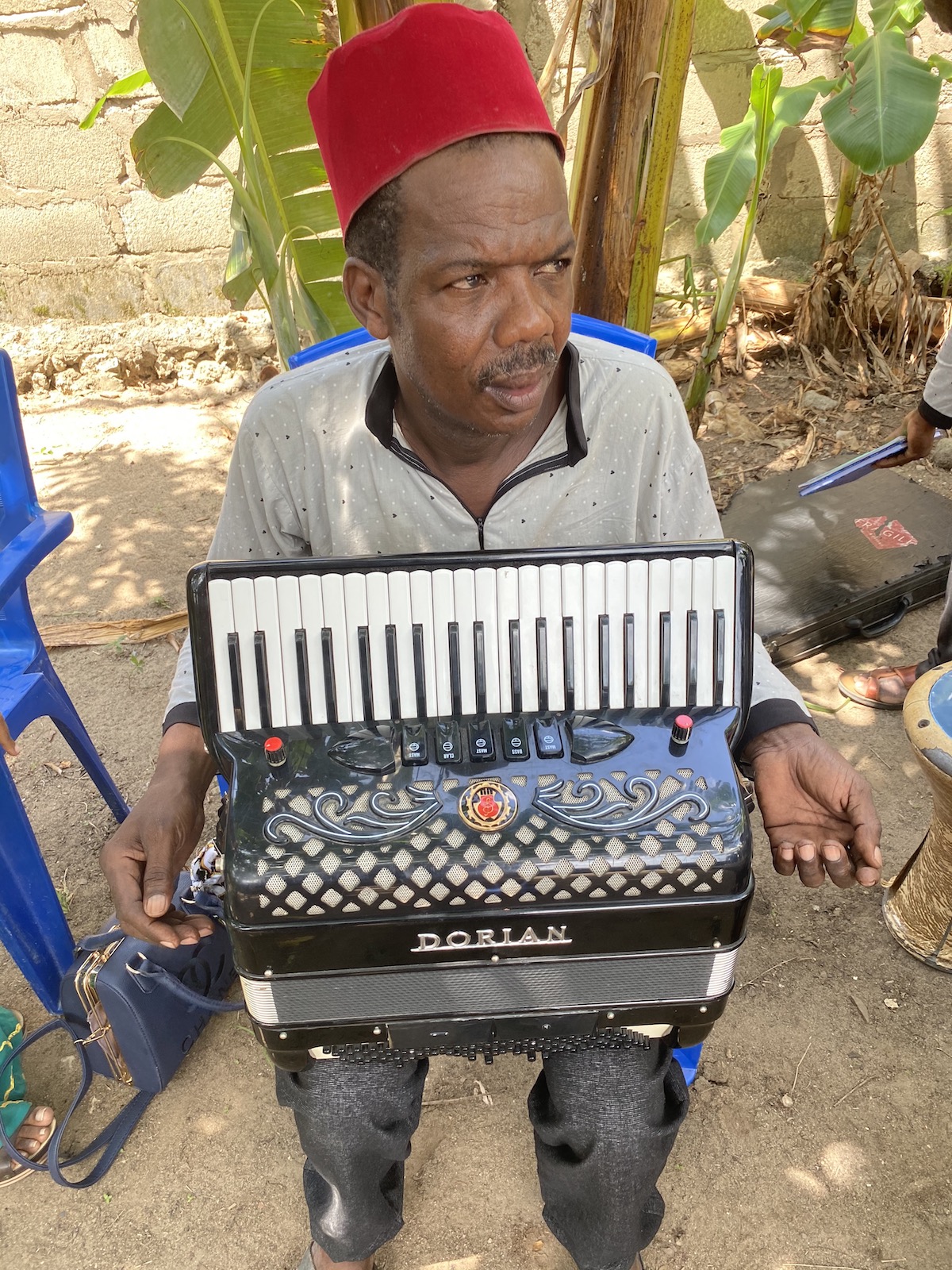