Tarajazz was formed by the director, Suleiman Makame, who studied classical piano and music. He became interested in Jazz and created an African fusion of Taarab and Jazz about two years ago. The name of his band changed from Mansule to Tarajazz. He combined African rhythms such as Msewe and Kyaso (both from Zanzibar) with Singeli (a new tribal rhythm). Taarab came from early 1800’s as Egyptian music. In Zanzibar the Mother of Taarab, Siti Binti Saad, made Taarab more popular in the 1920’s to 1950’s. We spoke to Hassan Mahenge, the assistant director of this band. He is a teacher at the DCMA. He teaches the Oud and plays the saxophone. All the students at the DCMA study traditional music such as Taarab as well as Western music. 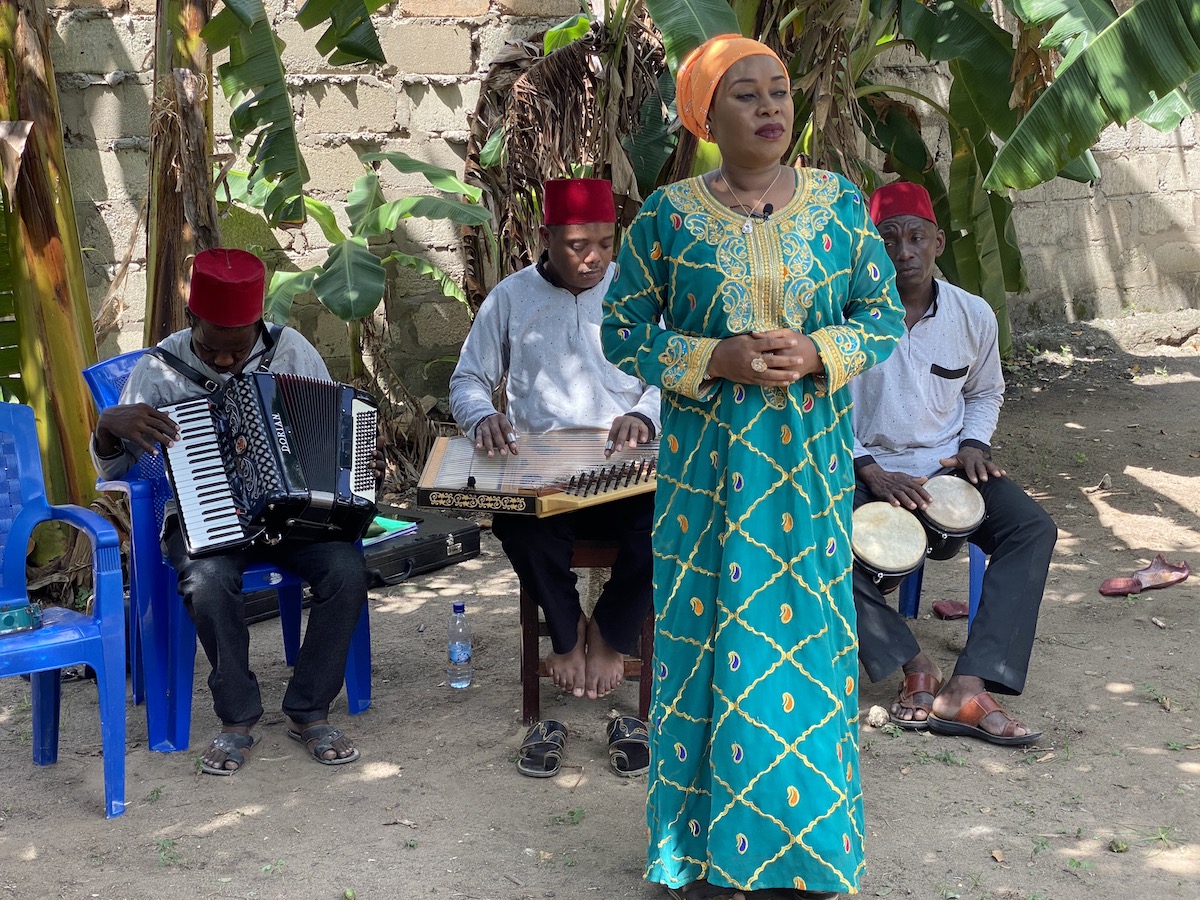 Members of the group: Suleiman Makame (keyboard, director), Hassan Mahenge (Saxaphone, assistant director), Mahsin Basalama (contra base), Christopher Weston (Cajon and high hat), Regina Juma (singer). There was supposed to be a violin player but unfortunately he couldn’t make it.

We really enjoyed this group. The drummer, Christopher, had to improvise on the Cajon because he didn’t have a complete drum kit. He played beautifully. Hassan also had a great solo on sax.