Patrick aka ‘Pato’ joined Ketebul Music in 2006 where he started to build up the studio’s video capabilities.  His passion for photography and video began when he was at Pumwani High School – he was always the ‘camera guy’ there, volunteering for any school project which involved photography.  On graduating, he worked in computer software before founding Foxhole Entertainment with some school friends which focused on making videos, studio recording and renting out PA equipment to DJs.

Music has always been a major influence in Pato’s life and he grew up listening to Joseph Kamuru and Ochieng’ Nelly but it was on joining Ketebul Music and following the ‘Spotlight Series’ when he began to really love tribal music.  So when the Singing Wells project offered him a new opportunity to discover the music roots of East Africa, Pato jumped at the chance. Why?

“First, I love the exposure to different cultures – even my own.  I have never heard a lot of the tribal music, even around my own villages.  Our trip to Nyanza in November blew me away.  I have never heard music like that.  My favourite performance was by Okumu K’Orengo.  I was so moved.  He was singing about death, about his own father, about his grandfather.   He forced you to think about all the people you’ve lost.  Secondly, I love the confidence it gives me to expose my friends to new music. They all love the music I bring home – its’s different from what they listen to and so much like ‘home.’  In Kenya, no matter where you live, your village is always ‘home.’  I was never raised there [Bondo], but it is where I will retire.  And the Singing Wells focus is about village music.  It is about home.  And my friends love that.”

Pato is the chief video engineer for Singing Wells. 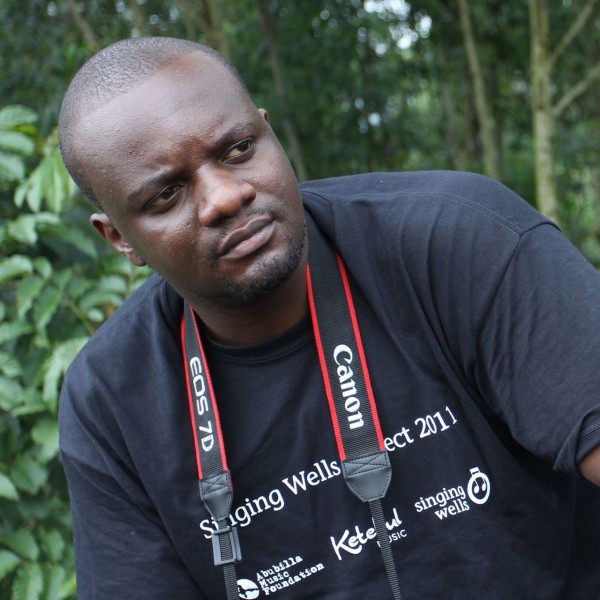