Hunter Allen is a videographer who has been working closely with Singing Wells for past three years. He first joined us on our trip to record in Kalenjin in 2012 and was blown away by the talent he saw.

Since then he has directed and edited Singing Wells’ first Lost Song Books documentary, which told the story of our repatriation project in 2014. The project involved the returning of recordings by Hugh Tracy to the Kalenjin and Luo communities from which he recorded in the 1950s.

Hunter graduated from the University of Cambridge in 2015 and aspires to continue a long and fruitful relationship with Singing Wells. Most recently he joined the rest of the team in filming Singing Wells’ second Lost Songbooks documentary on the journey to rediscover the royal drums of the Buganda kingdom – his most exciting trip yet. 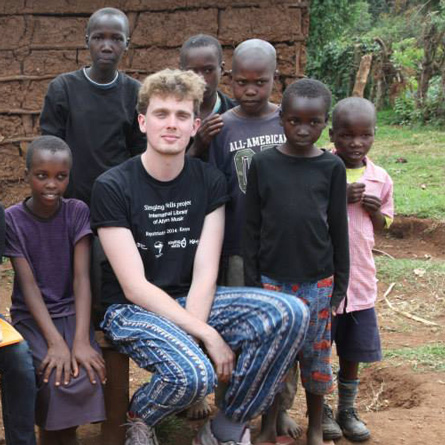